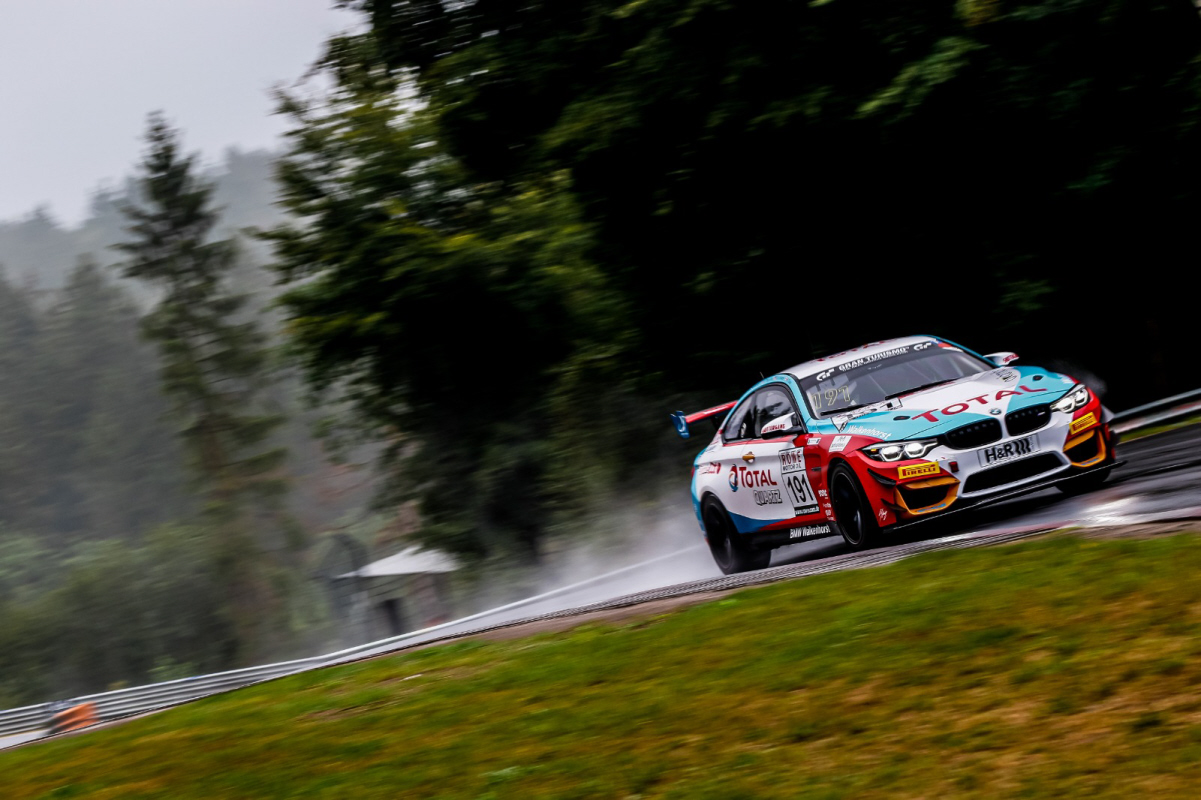 British Racing Drivers’ Club Rising Star Will Tregurtha produced yet another superb performance on his latest outing in the VLN endurance series at Germany’s Nurburgring-Nordschleife on Saturday, 3rd August, with a terrific top three class finish – his fourth podium in as many races in the category.

Continuing to impress in the ultra-competitive series at the wheel of his Walkenhorst Motorsport prepared BMW M4 GT4, the 19-year-old Bedford-based driver was joined for this weekend’s eagerly awaited six-hour VLN encounter by team-mates Thomas Hetzer, Ben Tuck and Euan McKay.

Beginning the race from fourth in class, an impressive 38th overall from the huge 146 car entry, the quartet performed very strongly with Tregurtha starring in the first stint. Some delays in the pits, plus a problem with a sheared wheel stud, stopped a very realistic bid for victory though.

Even so, a determined performance – with eye-opening race pace – enabled the squad to still seal a top three finish in the GT4 class to make it four podiums in as many VLN outings for Tregurtha at the immense 15-mile Nordschleife.

Now, the Briton is preparing to carry the momentum forward to Zandvoort in The Netherlands next weekend, 10th/11th August, where he will transition back to GT3 level machinery for his second appearance in the prestigious ADAC GT Masters series, piloting the T3 Motorsport Audi R8 LMS.

“We had the fastest car throughout the race and I was happy with my opening stint in very tough conditions but, unfortunately, we lost a lot of time in the pit-stops due to a crowded pitlane and we also had a sheared wheel stud which cost a lot of time”, reflected Enlighten-backed Tregurtha.

“We had to make the time up on track, but we ploughed through and finished just 0.2 seconds off second place and only 26 seconds from the win. Having dropped minutes in the pits, we’re pretty satisfied to have fought back so strongly and to be on the podium again. As ever, the BMW M4 was fantastic to drive and the Walkenhorst guys did a great job to provide such a competitive car.”

Ahead of round six of the VLN season a wet track greeted competitors but the circuit did begin to dry during the first half hour of action. Tregurtha took the first stint, running for almost two hours in the No.191 Walkenhorst entry, and in extremely tough conditions he delivered a fantastic drive.

Despite the set-backs of the difficulties in the pits, through the various driver cycles the quartet overturned the major loss of time and as the chequered flag awaited at the end of six hours of action the BMW M4 shadowed the similar No.178 entry over the line, taking 25th position overall.

Producing a best lap of 8m47.469 seconds, significantly faster than the top two class finishers, the pace delivered and the reduced 26 second gap to the class winning car confirmed the sensational speed of Tregurtha and his team-mates…and also what might have been with a straightforward race.

Round six of VLN will take place at Nurburgring-Nordschleife a month from now, on Saturday, 7th September.