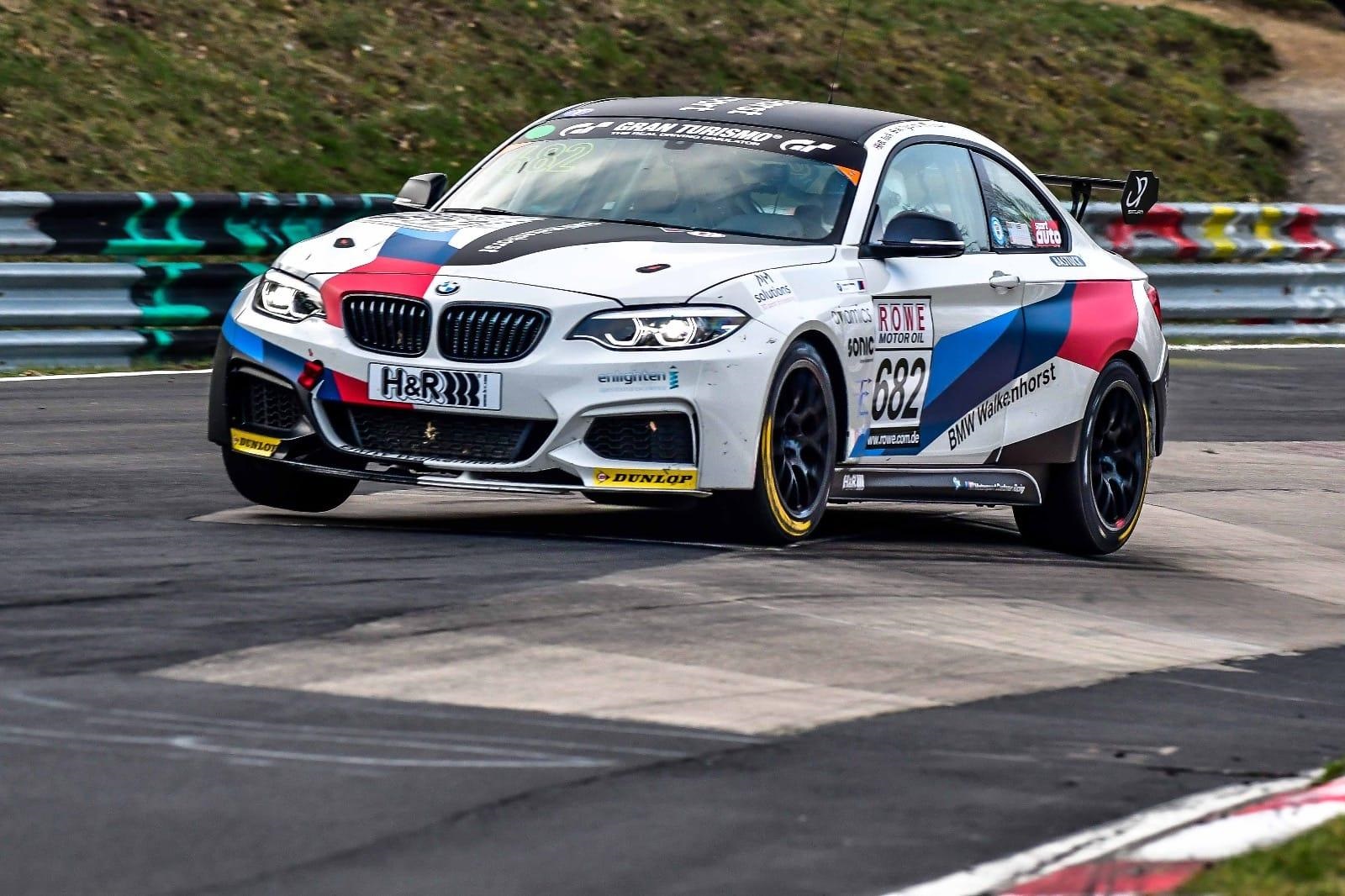 Milton Keynes racer Will Tregurtha, one of the UK’s top rising stars, heads back to the Nurburgring-Nordschleife in Germany next weekend where he will be determined to build on his impressive VLN series debut from a fortnight ago.

Tregurtha, the 2017 British GT4 Champion and Vice-Champion of last season’s GT4 European Series, has embarked on a brand new challenge for 2019, racing exclusively at the 15-mile Nordschleife circuit at the Nurburgring – the most fearsome track in world motorsport and known as “the Green Hell”.

For any professional racing driver, mastering the Nordschleife is a must, and the VLN series features grids of up to 170 cars in several categories – driven by many of the world’s top sportscar stars.

Switching over to BMW power this season after several years racing with British marque Ginetta, Tregurtha – who celebrated his 19th birthday earlier this week – is partnering compatriot Ben Tuck and German Jorg Breuer in the Purple Dot car at leading squad Walkenhorst Motorsport.

Getting the VLN season off to a strong start last time out, with an eighth place finish, out of a 16-strong entry list in the BMW M240i Racing Cup class, the trio will now be striving to climb the order in the second race of 2019 next Saturday, 13th April.

Tregurtha’s performance on his debut at the full length Nordschleife should not be understated and in qualifying he was impressive. On his maiden outing at the twisting, undulating and insanely challenging course, he delivered a top-eight time in class for the No.682 squad having only completed four laps of the 150-plus corner track up to that point.

Fog, always a potential hazard at the Nordschleife, had delayed proceedings during the morning and so qualifying and the race were both shortened. The latter was reduced from four hours to just over two and a half hours in duration, where Tregurtha, Tuck and Breuer performed well to finish eighth.

Now, with race experience at the Nordschleife under his belt, Tregurtha cannot wait to be back at the famous venue – which formerly hosted Formula One until 1976 – where he is determined to deliver the very best performance possible for Purple Dot, Walkenhorst and BMW.

“I really enjoyed VLN1, racing at the Nordschleife is an experience like no other”, he reflected, “It was obviously different for me racing with another manufacturer, after so many years with Ginetta, but everything went really well and the team and car were great. I had to do my Nordschleife licence test on the Friday morning, a few laps in a BMW 3 Series, and in the afternoon I had my first laps in the M240i.

“The track is incredibly long, so you just break it down into sections in your mind. They’re all so different, it isn’t that difficult to remember them as you put the lap together. Everything just felt natural with the team, the car and the circuit. I really have to thank everyone at Purple Dot and Walkenhorst for giving us a great car and for making everything work so smoothly throughout the weekend.”

Over the past three years, Tregurtha has firmly established himself as one of Britain’s premier young talents with championship victory in Ginetta Juniors in 2016 followed by the headline-grabbing British GT4 title, with then team-mate Stuart Middleton, in his maiden year of endurance racing.

The duo then graduated, with HHC Motorsport, onto the European stage last year where another sensational campaign almost delivered a third title in as many seasons for Tregurtha – only a car fire in the final round, at the Nurburgring, spoiled those hopes. Tregurtha and Middleton ended the year as Vice-Champions, only losing what would have been a thoroughly deserved crown on countback.

Returning to VLN2, qualifying will get underway at 08.30 (local time) on Saturday, 13th April, with the four hour race scheduled to begin at 12.00 (local time). For more information, visit www.vln.de