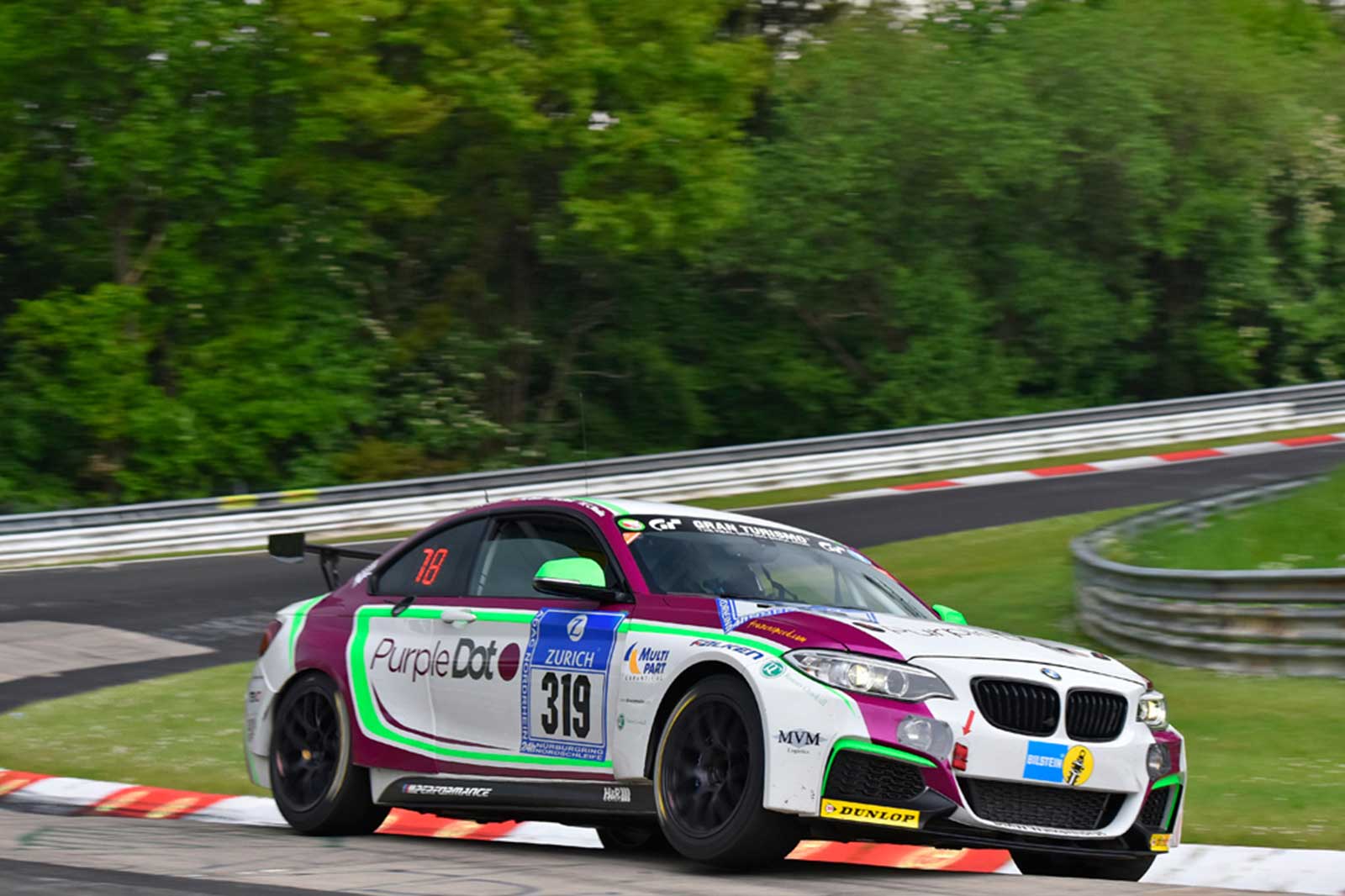 Young British racing driver Will Tregurtha will be taking on the fearsome Nordschelife circuit at the Nurburgring this season after confirming plans to compete in the  VLN endurance championship in Germany as well as the Nurburgring 24 hour race.

‍
Tregurtha, 18, has an extraordinary record to defend. Over the past three years he has won the 2016 Ginetta Junior championship, the 2017 British GT4 Championship and last year finished runner-up in the European GT4 Championship – level on points with the winners – after a car fire 20 minutes from the end of the final race ended his and teammate Stuart Middleton’s hopes.
‍
Now the Enlighten-sponsored BRDC Rising Star is joining crack German outfit Walkenhorst Motorsport to race a Purple Dot BMW in the VLN. He will be competing in the Nurburgring 24 hours for Sorg Rennsport – again in a Purple Dot BMW.

‍
The Nurburgring 24 hours is one of the top four endurance races on the worldwide calendar with crowds of more than 250,000 watching live as a field of more than 170 GT cars – and the world’s best drivers – race through day and night around the brutal 15-mile Nordschelife circuit through the German countryside.

‍
The VLN also hosts entry lists of between 150-170 cars split into different classes fighting for victory around the “Green Hell” as the Nordschleife is infamously known.
The deal to race with Walkenhorst and BMW came together quickly after Tregurtha was invited by BMW to a junior driver assessment in Munich at the beginning of February.
Tregurtha said: “The Nordschleife is the most famous and most difficult circuit in the world. To be spending much of the 2019 season racing on it is a dream come true – and so is taking part in the Nurburgring 24-hour.

‍
“The circuit itself is a huge test for any driver – as is the size of the field and the quality of the drivers I will be racing against. This is a great chance to impress and I aim to grab it with both hands.”